The younger generation of Chinese consumers today has more expectations when it comes to carbonated beverages. They hope that such beverage options can help them to both cool off on hot days and delight their taste buds while also not causing them to worry about extra calories, according to a survey conducted by a WeChat account that focuses on the various trends in the lives of young people in China.

The survey found that sugar-free and calorie-free carbonated drinks, low-sugar beverages of various kinds, and drinks featuring real fruit juice and milk are more well-received among young people in China than other drinks in the same categories.

Among all the different age groups comprising the younger generation of Chinese people nowadays, the post-2000s group of young people in China favor carbonated beverages the most, with 80 percent of them saying that they enjoy such drinks more than four times a week, according to the survey.

More than 90 percent of the surveyed young people hope that the price for a bottle of a carbonated drink is less than 10 yuan (or about $1.49), while nearly 60 percent of the respondents indicated that they hope the price can be kept within 5 yuan, as revealed in the survey.

According to the survey, the three most popular carbonated beverage flavors among young Chinese people are fruit, soda, and milk, in descending order. 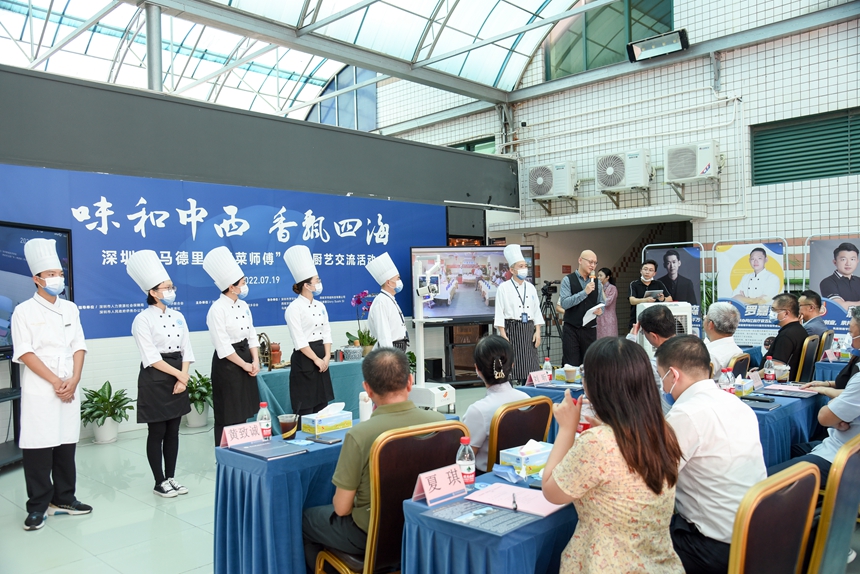 Ten students and teachers from the Culinary Arts program of Shenzhen Pengcheng Technician College in Shenzhen, south China’s Guangdong Province, and 10 Chinese and Spanish chefs in Madrid, Spain, displayed their culinary skills and held lively discussions on the culinary arts via video link on July 19 at an online exchange activity.

Chefs in the Madrid venue of the activity cooked classic Chinese and Spanish dishes including giant red shrimps from the Mediterranean Sea with crispy noodles, Spanish rice with squid ink based broth, octopus salad, and Spanish omelets. 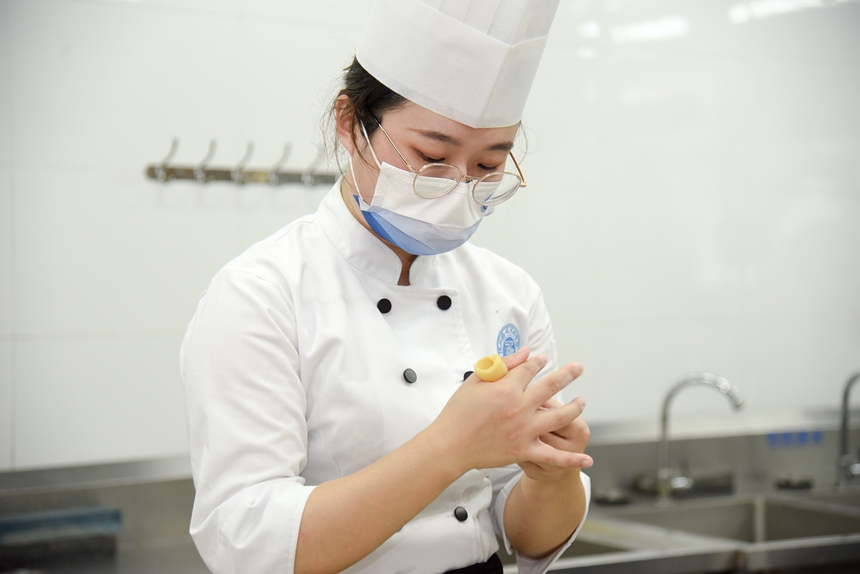 The online exchange activity is a vivid example of the efforts Guangdong has been making to elevate the province’s poverty alleviation training program named “Cantonese Cuisine Master” to a new level and establish a platform for showcasing the culture of Cantonese cuisine, said Liu Ying, president of Shenzhen Pengcheng Technician College.

The college will use the online exchange activity as an opportunity to intensify exchanges and cooperation with its foreign counterparts and partners and improve the quality of its talent cultivation programs, Liu said.

Participants at both of the activity’s venues said that such exchange activities can improve their culinary skills and inspire them.

Since its implementation in 2019, the “Cantonese Cuisine Master” program has trained 22,000 people and cultivated nearly 5,000 high-level culinary talents. François Nkuna Balumuene, Ambassador of the Democratic Republic of the Congo (DRC) to China (Haiwainet/Lu Ningyuan)

“I want to go to Shanghai for a week to visit the business and financial sector there. I also want to go to Guangzhou, where many DRC people do business. I also want to go to the major agricultural provinces to learn about China’s advanced agricultural technology. China is a big producer of cars, so I also want to visit the major car-making provinces… My dream is to travel all over China,” François Nkuna Balumuene, the DRC Ambassador to China recently gave a long list of wishes in an interview with People’s Daily Overseas Edition. He said that it is an important task for him as an ambassador to deeply understand China’s development and bring China’s experience back to the DRC.

“The dynamic zero-COVID approach” is responsible to the people

Balomouene arrived in China in February this year to take office. He visited China for the first time in 2008. Talking about China’s changes, Balomouene repeatedly expressed his admiration. He was impressed by what he saw on his journey from Shanghai to Beijing by high-speed train. “There was almost no wasteland along the way. What you saw were bustling cities, large factories, high-rise buildings, highways, railways and power facilities everywhere. These are signs of development.”

The Beijing-Shanghai high-speed railway, which Balumuene praised, is China’s historical leap from a large country to a strong one in the field of transportation. From 2012 to the end of 2021, China’s railways and highways have increased around 1.1 million kilometers, equivalent to 27.5 times the Earth’s equator. High-speed railways and highways have covered more than 95 percent of the cities with a population of over 200,000. “The speed of infrastructure development in China is astonishing. The efforts of the Chinese people are admirable and they deserve to be a role model for other countries and regions,” Balumuene said.

Balumuene is very optimistic about China’s economic prospects. He said that strong productivity is an important manifestation of China’s strong economic resilience. China boasts its products of various categories and grades and sells them all over the world. China’s economy plays a critical role in the world economy. At present, China is an important engine for the world economic recovery.

Balumuene believes that it is the right choice for China to insist on coordinating epidemic prevention and control with economic development. “According to China’s epidemic prevention regulations, I take nucleic acid tests on time.” Balumuene said that “the dynamic zero-COVID approach” is responsible to the people and the effect is obvious to all. It can eliminate the negative impact of the epidemic on economic and social development to the maximum extent within a short period of time, rather than leaving the development affected by the epidemic. Recently, China’s manufacturing enterprises have accelerated the pace of resuming work and production, which is a positive signal for revitalizing the world economy. 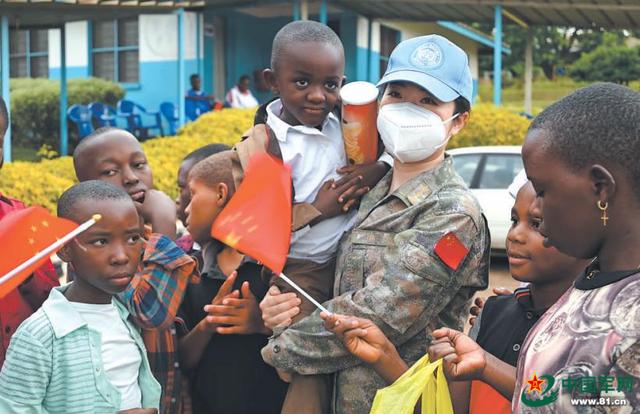 China’s steady development has benefited a wide variety of African countries, including the DRC. Balumuene feels deeply about this: “The DRC has great expectations for promoting its own development by deepening cooperation with China.”

In the streets of Kinshasa, the capital of the DRC, one can see landmark buildings of China-DRC cooperation from time to time. Among them, the China-DRC Friendship Hospital, built with aid from China, is one of the most representative medical facilities in the city. “The hospital is located in a large, densely populated neighborhood and provides lots of health services to the DRC people,” he said. “Over the years, China has made concrete and great contribution to the development of the cause of medical work and healthcare in the DRC. From the fight against Ebola to the fight against COVID-19, China has provided support and aid to the DRC, winning the praise of all its people.”

The DRC, renowned as a “geological miracle”, is rich in mineral resources. Led by China’s massive investment, abundant resources have been transformed into advantages for development. According to a report released by Congo Challenge, a DRC think tank, China-DRC mining cooperation has played a key role in developing the its economy, creating jobs and improving people’s livelihood. Balumuene said that China is the biggest investor in the DRC’s mining sector and that cooperation between the two countries in the sector is essential to unleashing the DRC’s development potential. Talking about some Western media attacks on mining cooperation between the two countries, Balumuene said: “Certain Western countries once occupied the African continent for long periods of time, but see what the African people have been left with. And now they smear Africa-China cooperation – out of jealousy and on no basis of facts. There is no need to waste time on this. Instead we should work together and move forward hand in hand. ”

Balumuene believes that the Belt and Road Initiative (BRI) provides a great opportunity for the DRC and China to expand areas of cooperation. He said that the DRC is the second largest country in Africa, and its forest resources, area of arable land and water resources rank first-tier in the world. The Congo River is the world’s second biggest river, second only to the Amazon River in terms of discharge. “The DRC has the potential to become the ‘locomotive’ of economic development on the African continent and this goal will be achieved to a large extent through cooperation with China,” he said. Balumuene said that the DRC attaches great importance to the implementation of projects under BRI and hopes that they will bring benefits to the DRC people. China’s actions have shown that it is helping Africa achieve industrialization and economic and social development. Africa needs to find its way to prosperity through cooperation with China. Wood carving artwork in the DRC. (Photo courtesy of the Embassy of the Democratic Republic of the Congo in China)

The upcoming 20th National Congress of the Communist Party of China (20th NCCPC) this year is an important window for the international community to further understand China. “As Congolese and Africans, we also look forward to the 20th NCCPC.” Balumuene believes that the 20th NCCPC will provide a strong impetus for China to build a modern socialist country in all respects and further enhance China’s international influence.

Balumuene is strongly interested in the way China has modernized its agriculture and rural areas. In the past few decades, China has transformed from “struggling for food” to the world’s No.1 grain producer. “I am reading relevant materials to study the development of China’s agricultural industry, another experience we need to borrow from China.” He said that agriculture is an area they should prioritize in cooperation between the two countries. The DRC also hopes to become a big grain producer like China and achieve the goal of exporting grain for foreign exchange.

China’s building of a modern infrastructure system is also an important object of observation for Balumuene to understand China. The Hong Kong-Zhuhai-Macao Bridge has set a number of world’s firsts. The Baihetan Hydropower Station is the largest and most technically difficult hydropower project under construction in the world. China’s mobile network has made leaps and bounds in making breakthroughs of 3G, synchronizing with 4G and leading the world in 5G. One achievement after another shows the world China’s accelerated pace towards an infrastructure power. “China’s infrastructure is world-class.” Balumuene said the DRC has a big gap in infrastructure but it has launched a big number of major infrastructure projects, adding that whether it be highways, airports or ports, the DRC needs to learn from China’s experience to diversify the country’s economy.