Around 95 percent of China’s poor population will shake off poverty and over 90 percent of poor counties will be removed from the poverty list by the end of this year.

92 percent of the registered poor households have developed industries based on local conditions to sustain high-quality poverty alleviation, such as orange planting and selling in the Wumeng Mountains, southwest China.

Thanks to the development of characteristic industries, the average annual growth rate of per capita disposable income of rural residents in poor areas is 2.3 percentage points higher than the national average within nearly six years.

With targeted poverty alleviation, China has guaranteed that 5.2 million poor people are free from worries over food and clothing and have access to compulsory education, basic medical services and safe housing by the year end.

A third-party survey conducted on the 283 poor counties that have shaken off poverty suggests that more than 90 percent of the residents are satisfied with the poverty alleviation achievements in local areas.

With continued effort throughout the next year, China will wipe out extreme poverty in 2020.

Usually, foreigners have to open a Chinese bank account to pay for things through mobile payment platforms, which can be difficult and troublesome.

Recently, however, Chinese mobile payment platforms like Alipay and WeChat Pay have enabled foreigners to pay with their international credit or debit cards, making it much easier for them to pay for things in China.

Statistics from the Ministry of Culture and Tourism revealed that foreign travelers made 30.5 million trips to China in 2018, a 4.7 percent increase compared with 2017, which requires China to improve the payment experience and bring convenience to foreigners.

Mobile payment, an easier and more convenient payment tool, has become increasingly popular among foreigners. A recent survey on a foreign social media platform suggests that nearly 20 percent of overseas netizens consider it frustrating not to be able to use mobile payment in China, as most Chinese people do.

The new mini-program within Alipay, known as TourPass, makes it possible for foreign tourists. By topping up a digital prepaid card on Alipay via their own credit or debit card, foreigners can now scan a QR code to pay at shops or restaurants.

WeChat Pay has also cooperated with leading global payment solutions such as Visa and Mastercard to allow foreigners to buy train tickets or call taxis on the platform through international credit cards.

WeChat has also launched a new mini-application that enables overseas tourists to get a digital refund tax immediately in their digital wallets, when in the past they could only get the refundable tax in cash or through their bank cards, significantly simplifying the process. For nearly 40 years, Jose Santiago Sta. Romana, ambassador of the Philippines to China, has remained a close friend to China.

His role has changed over the years, from a student in China to a reporter stationed in Beijing and then to a diplomat. Such changes have enabled him to observe the ever-changing country from different perspectives and gather a deeper understanding of the China-Philippines relationship.

While studying in China, Romana witnessed China in a time of scarcity, when it was planning its modernization. Romana thinks that China has experienced hard times in its development, but eventually found a path that works.

Romana said that over 20 years’ experience at the Beijing station of the American Broadcasting Company allowed him to see the various facades of China. 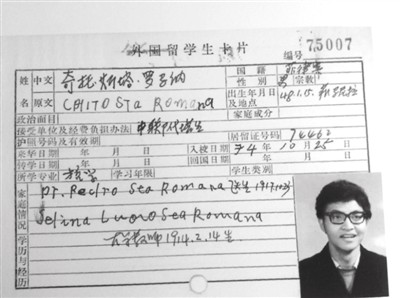 According to Romana, he was most impressed by China during the tragic 2008 Sichuan earthquake while he was conducting interviews around the country. He still remembers that over 100,000 military soldiers from all over China rushed to the disaster-stricken area in a few days, showing the world how Chinese people united as one in the face of natural disasters.

Romana pointed out that some western media outlets tend to focus on the negatives of China because they use conflict and drama to sell newspapers. He suggested China share its values and ideas more with other countries to help the world know it better.

As a diplomat, Romana has played an essential role in the milestones of China-Philippines relations. When Fidel Valdez Ramos, former president of the Philippines, made his ice-breaking trip to Hong Kong in 2016, Romana served as a senior adviser in the delegation. He has witnessed and will continue to push forward the bilateral relations. 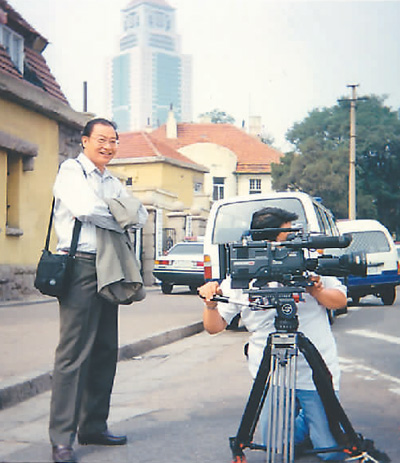 Romana believes that the Philippines and China have common interests in a wide range of areas such as trade, development and infrastructure. He noted that differences between the two countries should not be an obstacle to communication and cooperation.

The best way to improve China-Philippines relations is to stimulate the cooperation in trade, investment and economy, said Romana. China is developing the core technologies related to smart high-speed railways, with the high-speed railway line connecting Beijing and Zhangjiakou in north China’s Hebei Province as one of its first attempts in the field.

As a major project for the 2022 Olympic and Paralympic Winter Games, the Beijing-Zhangjiakou high-speed line will be the first in China to adopt a full-lifecycle Building Information Modeling (BIM) approach for all disciplines involved in the project.

The railway is being constructed in a complicated exterior environment, such as the Badaling tunnel, which poses great technological challenges, according to the China State Railway Group.

The BIM strategy can visualize the construction process in a three-dimensional way, providing possible solutions to optimize the design and reducing mistakes and losses during construction.

The Beijing-Zhangjiakou railway line, expected to be put into operation by the end of 2019, is also the first in China equipped with self-driving technology with a maximum designed speed of 350 kph, which makes it greener and more efficient.

After braking, it will stop to within a margin of error of 10cm and will not be delayed due to driving-related problems.

Technologies such as facial scanning to get into the station, 5G, convenient transfer, and smart instructions have been introduced into the stations to bring convenience and comfort to passengers.

In addition, an intelligent monitoring system will check for wind, rain, earthquakes, landslides and other conditions along the railway line and alert railway workers in emergency situations. The wind turbine and photovoltaic panel demonstration project located in Zhangjiakou, north China’s Hebei province, demonstrates the city’s determination to co-host a greener Winter Olympics in 2022 and march toward a sustainable development path.

As China’s national wind and solar energy storage and transmission demonstration project, the Zhangjiakou project has generated a total of 6 billion kilowatt-hours of electricity since it started operation in December 2011, saving nearly 2.4 million tons of standard coal and reducing almost 6 million tons of carbon dioxide according to international standards.

Typically, new energy, characterized by its fluctuations, will affect the safe and stable operation of the power grid.

The demonstration project, however, has adopted a complete technological system to soothe such fluctuations and made it possible for new energy to be applied on a large scale.

Hot-spring-themed products will remain the most popular item in the online travel agency Lvmama throughout December and until February of the following year, as predicted by the platform.

Post-80s and 90s are the major consumers of hot spring services, comprising 38.3 and 26.1 percent of the total number of tourists, respectively, statistics from Lvmama suggest. For these age groups who usually suffer from stress, hot spring certainly is a great way to relax.

95 percent of the users who place the order choose to tour with their lovers, families or children instead of travelling alone and 25 percent of the orders include at least one child under the age of 14.

Hot springs feature health, leisure and enjoyment, which makes its per customer transaction much higher than that of other types of tourism products, with the average fee reaching about 863 yuan.

Hotels with hot springs are the most frequently searched items on the online travel agency Ctrip. People aged 30-35 are the largest consumer group of hot spring hotels this winter, accounting for 20 percent of the total, according to the data from Ctrip. Data suggest that by the end of 2018, China had a total of 425 million audio users, a year-on-year increase of 22 percent.

Most of the existing voice social apps are mainly designed for strangers, enabling them to interact with each other in an anonymous manner and thus freeing them from the stress in socializing.

Compared with pictures and text, sound allows strangers to express their emotions, thus bringing them closer to each other in social interaction.

Besides, voice social apps make people feel more real in the process of interaction, which is somehow missing in traditional social platforms. 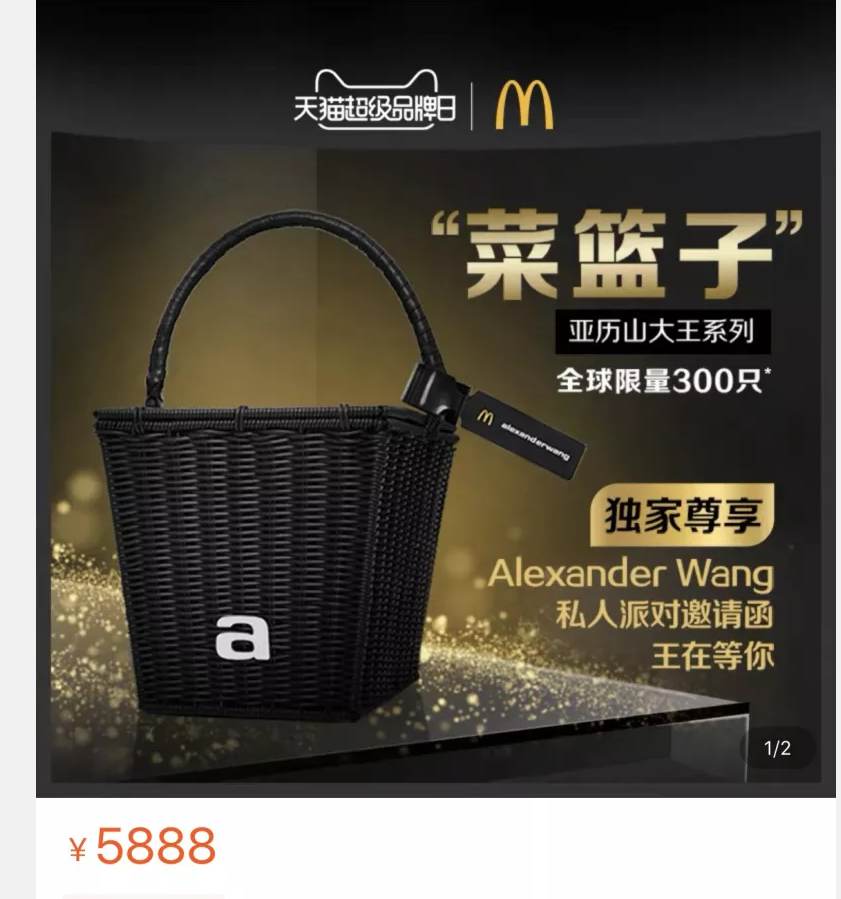 The page featuring the hamper on an online shopping platform.

American fast food company McDonald’s has recently announced that it would release a Black & Golden collection in partnership with Chinese-American designer Alexander Wang, including the AW Golden Lunch Bag and the AW Golden Picnic Basket.

According to McDonald’s official flagship store, the lunch bag is made of DuPont paper with the name of the designer printed on the outside and the limited-edition picnic basket is woven from rattan-like materials with the handle made of sheepskin.

The collaborative items will become available at the official McDonald’s online flagship store on Dec. 10.

To mark the occasion, McDonald’s will also be introducing special Black & Golden menu items in China.

Through crossover cooperation, McDonald’s aims to communicate and interact with consumers, further publicize its brand, and enhance its influence. 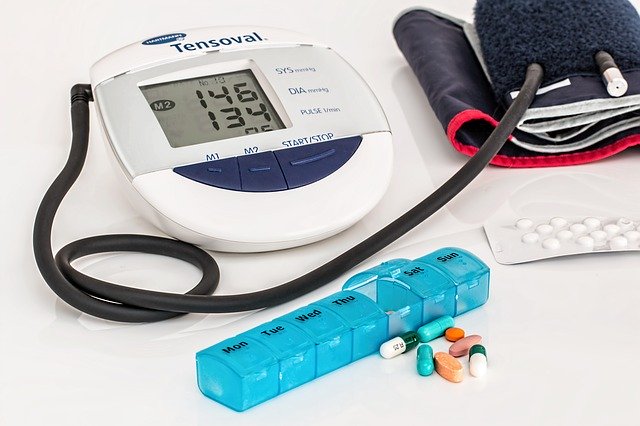 62.6 percent of respondents admit they are too scared to look at their medical examination reports, according to a recent survey.

1,979 young people aged between 18 and 35 took part in the survey, which was conducted by the social survey center of China Youth Daily via wenjuan.com.

When asked why they are afraid to look at their medical reports, 62.6 percent of respondents said they were worried the physical examinations would show negative results.

The survey suggested that they were mainly concerned about high blood pressure and blood fat, heart or lung dysfunction, and other problems related to the spine, immune system and digestion.

Meanwhile, 60.9 percent of those asked admitted that they had adopted an unhealthy lifestyle which may have caused damage to their health.

Young people are more likely to stay up late, not exercise enough and have a poor diet, said Wang Xingguo, director of nutrition department at the Dalian Municipal Central Hospital, citing that young people drink too many soft drinks, don’t stay hydrated, and eat a lot of take-out food and overly processed snacks.

Wang believes it necessary to further health education among the younger generations, so they realize the importance of a healthy lifestyle. Small home appliances designed for one person are becoming increasingly popular among Chinese consumers as young people have higher demands for their quality of life, Chongqing Morning Post reported.

Statistics from Tmall, Alibaba’s online marketplace, suggested that a total of 2.3 million mini kitchen appliances were sold on the platform during China’s shopping holiday on November 11, a year-on-year growth twice that of kitchen appliances as a whole.

The huge market potential has driven mini household products to become more diversified, said Zhu Mingxuan, operation manager of Tmall’s home appliance sector, citing the example of kitchen appliances, which have expanded from electric kettles and rice cookers to those with multiple functions, such as soybean milk machines, coffee makers and sandwich toasters.

The boom in small household appliances correlates with Chinese families becoming smaller, many insiders pointed out. Traditional families of three are now often divided into two small families as single children move out, said Liu Yuanju, a researcher with the Shanghai Institute of Finance and Law.

Along with the increasing income comes their higher demands for quality of life, which is why this generation is fond of mini household appliances with multiple functions, Liu added.