The 26-story building covers an area of only 56 square meters, and is able to accept 50 vehicles. 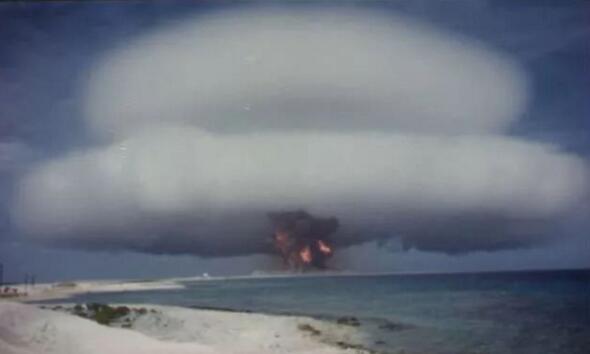 An article published by Hong Kong English-language newspaper South China Morning Post on Monday, said that China had carried out around 200 laboratory experiments to simulate the extreme conditions of a nuclear blast between September 2014 and last December.

China is aggressively developing its next generation of nuclear weapons, said the newspaper, citing a major Chinese weapons research institute and adding that the country is conducting an average of five tests a month to simulate nuclear blasts.

Although an international ban prevents nuclear weapons from being tested, the major nuclear powers have been able to continue conducting simulated tests, the report said. The newspaper goes on to say that over the past three years, Chinese nuclear scientists have performed more of these tests than their American counterparts have in 15 years.

Chinese military expert Yang Chengjun responded to the report on Tuesday. He told Global Times that he had no idea where the figures in the report came from. The expert introduced that many world powers such as the U.S., Russia, the U.K. and France, are conducting similar nuclear experiments, but the reported “five tests a month” is over exaggerated. Such a high frequency is not necessary for any simulated test, he explained.

Apart from conducting related studies, simulated tests are also used to verify the effectiveness of nuclear weapons, since all these weapons have a designated life expectancy of 30 years, the expert reasoned.

The South China Morning Post said that as China joins the U.S. and Russia in pursuing more targeted nuclear weapons as a deterrent against any potential threat, the looming arms race could in fact serve the opposite purpose by increasing the risk of nuclear conflict.

However, Yang stressed that China possesses the least number of nuclear weapons among the five nuclear-weapon states under the Treaty on the Non-Proliferation of Nuclear Weapons. China will never compete with other nuclear powers, he said, adding that the country will never change its current policy that refuses to be the first to use nuclear weapons in any circumstance.

The first China-Russia Think Tank Forum kicked off in Beijing on May 29. (Photo by Ji Peijuan)

The first China-Russia Think Tank Forum kicked off in Beijing on May 29. Themed with “China and Russia: Cooperation in the New Era”, the forum attracted over 300 Chinese and Russian experts to exchange views on the prospects of bilateral cooperation.

The event, jointly held by the Chinese Academy of Social Sciences (CASS) and Russian International Affairs Council (RIAC), is the first think tank forum held under the collaboration of the two countries. It will be hosted in turns in China and Russia.

The two-day forum was attended by more than 350 representatives from the two country’s think tanks, media, academia, industries, and cultural circles, as well as related Chinese departments and foreign diplomatic agencies in China.

During the forum, in-depth discussions have been carried out on the two country’s development of domestic and diplomatic affairs, coordination in a changing world, regional cooperation potentials, security cooperation, energy and infrastructure cooperation, bilateral economic relations in global economy, and people-to-people cooperation.

China-Russia relations have become healthy and mature new-type relations between major countries through development over the years, which boosted development and forcefully safeguarded the sovereignty, security and development interests of the two countries, as well as the peace, stability and prosperity of the world, said Dai Bingguo, Chinese chairman of the China-Russia Friendship Committee for Peace and Development.

Russian Deputy Foreign Minister Igor Morgulov, who is also a RIAC member, said China-Russia cooperation has been fruitful over the past years and the two countries, through manners of political wisdom, have deepened economic and trade cooperation. Regional cooperation has become a new momentum for the promotion of bilateral ties, he added.

Looking ahead, building a new international order of diversity, inclusiveness, equality and mutual trust will be an important direction for bilateral cooperation, he said.

CASS and RIAC will jointly release a think-tank report during the forum. The Institute of International Studies at Fudan University, RIAC and the Institute of Far Eastern Studies at Russian Academy of Sciences will also jointly release a research report. The reports will provide reference for further development of China-Russia relations and synergy of strategies under the framework of the Belt and Road Initiative.