Different from China’s public servants, Cohen and his colleagues were recommended by third-party agencies during global recruitment activities.

Cohen, majoring in economics, first came to Chengdu in 2010 and worked for a consulting firm for overseas study. Speaking fluent Chinese is his advantage in job hunting.

Cohen expressed his support for China’s globalization during a job interview. “I’m excited to be part of China’s efforts to find a place in economic globalization,” he said to the interviewer.

Coordinating investment and cooperation as well as promoting trade facilitation for Chengdu demands Cohen and his co-workers to carry out careful and in-depth investigations.

To prepare for an important meeting, he once worked in the office until four in the morning. Now he is working on a global science and technology park partner plan, which requires frequent negotiations with partners.

Cohen works in a group of 14 people who are all in their 30s. They either have studied overseas or graduated from prestigious Chinese universities. “They are very good at English, and their professional competence is impressive,” Cohen said.

A few highlights regarding his co-workers, according to Cohen, include that they are very sensitive to global information, knowledgeable of the latest trends and very efficient.

Li Xue, an official with the Chengdu Administration China (Sichuan) Pilot Free Trade Zone, said the new way to recruit foreign talents is an attempt to the reform and make innovations within the process of introducing talent.

Foreign talents can more efficiently communicate with foreign governments and enterprises that are involved in lots of projects, and they will help produce new ideas that are conducive to international trade, Li said. A drone of SF

The company has become the first in China to carry out commercial operation by means of drone deliveries in pilot zones.

Wang Wei, president of SF Express came up with the idea of delivering parcels via drone back in 2012, hoping to establish a nationwide logistics network that will make possible completion of deliveries anywhere in China within 36 hours.

Different from most logistics companies who rely on drones for “last mile” needs , SF aims more at long-range transportation.

The company has a relatively larger and more complex drone system, and its unmanned aerial vehicles (UAV) can cover ranges from tens of kilometers to more than a hundred kilometers, carrying cargos weighing several kilograms to tens of kilograms.

For instance, a UAV exclusively developed for SF Express by a Chinese drone maker has a wingspan of 13 meters and length of 12 meters. It is able to cover 2,000 kilometers and carry 1.5 tons of cargos at a speed of 260 kilometers per hour. 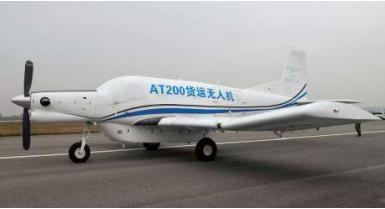 A fixed-wing drone of SF

In the short term, SF Express is not likely to conduct drone-to-users operations, and the UAVs will be mainly used to delivery between different logistics centers.

In the pilot zones, the major task of the drones is to enhance delivery services in those remote areas with complex topography while at the same time improving the company’s logistics efficiency.

E-commerce giant JD.com is expected to be the next enterprise to get operation licenses after SF Express.

In 2016, JD.com established a special department to develop its drone delivery business, with a plan to build a drone logistics network covering both trunk and regional lines, as well as the “last mile” distribution.

In addition, the company has partnered with technology firm Nvidia to deploy one million logistics drones in China over the next five years.

Chairman of JD.com Richard Liu said that the company will build over 10,000 drone ports across China, enabling customers to receive their orders within 24 hours.

The drone trend within China’s logistics companies stems from the bottleneck pressures mounting due to shortcomings in the traditional logistics industry. With the saturation of road traffic, traditional transportation is facing more and more restrictions. As a result logistics enterprises are seeing urgent demands to forge a more effective and faster system.

However, drone delivery is still facing several challenges, including safety and stability. Both risk probability control and assurance of safe operation during severe weather remain an issue yet to be resolved. Moreover, China is still exploring suitable policies to regulate this emerging industry.

China’s bomber H-6K is designed to fly beyond the island chains, said He Shengqiang, leader of the aircraft’s research and development team from the Aviation Industry Corporation of China. He said that the mileage, payload capacity and reliability of the H-6K have all met expectations. But the designers will continue to optimize and improve the aircraft in order to give it more potential, he added.

He made these remarks during a recent interview with Xinhua News Agency in Xi’an, west China’s Shaanxi province.

According to He, the aircraft H6-K, which is an upgraded version of H-6, has been improved for longer range, payload capacity, and precision. Thanks to the inlet/engine matching, the power of the aircraft has been largely improved. In addition, the designers optimized the layout of its cabin, reducing the number of crew members and setting clearer roles for them.

Besides, the improved capability of information detection and confrontation capabilities is comparable to that of the third and fourth generation aircrafts.

He said that bombers are vital for aviation power and that they are important weapons that are a must-have for world-class armies and air forces.

China will not only be a designer of advanced bombers, it will also be a maker of technical standards and a leader of future combat patterns, he added.

BMW and Daimler officially announced the establishment of a 50-50 joint venture on March 28, merging their untraditional operations—everything from car-sharing and ride-hailing to parking locator services and electric vehicle charging—into a single joint business. 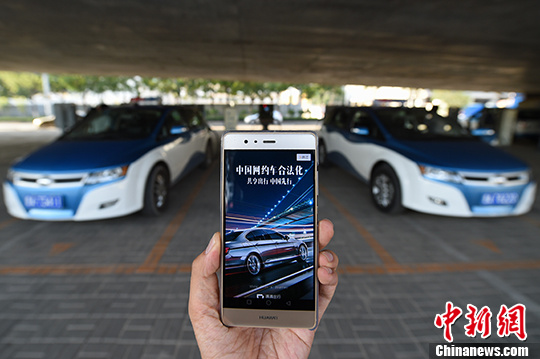 The two rivals are both leaders as automakers, but they are not so powerful when it comes to mobility services. What is behind the cooperation? Will it challenge the position of traditional mobility companies such as Uber and China’s Didi Chuxing?

Lin Boqiang, director of the China Center for Energy Economics Research at Xiamen University told Chinanews.com that the intention of the two companies is to improve competitiveness and expand market share.

He said that car-making and mobility services will have more advantages if combined together.

Uber and Didi Chuxing have already taken a great share of the market. The cooperation between the two top carmakers is expected to bring them a slice of the pie.

Statistics indicate that the service of Didi Chuxing covered more than 400 Chinese cities in 2017, offering services more than 7.43 billion times.

According to Bai, at present the joint venture established by BMW and Daimler is not likely to become a real rival of Didi Chuxing and Uber, however on the other hand the combination of information and manufacturing technologies will serve as a highlight for the joint venture in the future.

Apart from opportunities, what is ahead for the joint venture are also challenges. So far, neither BMW nor Daimler has released customized models for ridesharing, especially designed for Chinese roads and customers.

Besides, both Chinese startup companies and mobility giants such as Mobike and CAR Inc. will compete with the joint venture. More importantly, whether it can run the business smoothly depends on Chinese policies and regulations, since ridesharing is closely related to high-resolution maps and big data.

A Chinese research and rescue team consisting of volunteers was hailed by the Communist Youth League of China because of its outstanding assistance during the major earthquake that took place in southern Mexico this February. Jun He carries out rescue in Mexico.

The team, named Ram Rescue, is a research and rescue team under China’s civil organization Ram Union. Classified as a Medium Team within the International Search and Rescue Advisory Group (INSARAG), it can reach any rescue sites in the world within 24 hours.

The civil rescue team has participated in earthquake assistance in China in places such as Wenchuan, Yushu, Ya’an and Jiuzhaigou, and they have also left their footprints at destinations abroad including Nepal and Pakistan.

The Ram Union was founded by Jun He in 2003, the owner of a jewelry identification organization based in the eastern Chinese city of Hangzhou. The members, most of whom were young entrepreneurs, believe that it is significant and meaningful to help people in need.

In the first five years, the organization offered charity randomly and without a common goal. However, with the increasing frequency of rescues offered, it gradually became more professional.

After participating in a disaster relief program in Wenchuan in 2008, the Ram Union established the professional team – Ram Rescue targets disaster emergency response. He said that civil organizations have only limited power, so they have managed to shift their focus to what they are really best at.

Now Ram Rescue has set up multiple branches in both China as well as in foreign countries including the US (Dallas) and Italy.

According to He, the rescue team will conduct evaluations before it goes for missions every time, and rescues will be initiated within two hours of each evaluation.

He hopes to build a time-honored brand of China’s civil organization which has a big say on the international stage. “The Ram Union is working to become such an organization,” He said.

A senior Chinese journalist Wei Jing living in the US recently conducted a survey and did the math after US president Donald Trump signed a memorandum that imposes high tariffs on imports from China, revealing that the trade war will definitely cause negative impacts on millions of American families.

Wei took toys as an example. Thanks to the low labor costs, the toys made in China are generally sold at prices around $30 each. A mother of a set of twins in the US told Wei that if a toy is sold at more than $30, she is not likely to double the order for both of her children.

Based on conservative estimates, an American family could at least save $100 every year buying Chinese toys.

China-made Christmas trees are another kind of commodity which US citizens should be grateful for as well. Most of the Christmas trees in the country are produced in China. Wei said that she only spent $35 for a 2-meter-high Christmas tree, and the price included accessories. Given the minimum wage of around $10 per hour in some states, the price of such a tree will unavoidably go higher than $35 if it is manufactured in the US.

According to a supplier of major US retailers surnamed McRoy, American retailers prefer imported goods from China because of their low cost, which endows them with more flexibility in terms of pricing on the US market, hence more profits.

Direct imports are just part of the China-US trade model, and Chinese contributions to US families can be seen everywhere. Almost every state has China-invested companies, and Chinese companies even hired about 150,000 employees in the Rust Belt.

McRoy said that China has become a vital part in the supply chain of global commerce, adding that the speed, quality and volume of “made-in-china” items are all irreplaceable.

A report by the US-China Business Council indicated that maintaining trade between the two major countries can save each typical American household about $850 annually. Both Wei and McRoy believe that smooth trade cooperation between China and the US will save more for them.

“To start a trade war against China is not the best solution,” said McRoy.