Chinese scientists have found a gene that could be key in breeding a higher-quality type of rice and allowing the production of the grain to increase by at least 7 percent, Xinhua reported.

The gene lgy3 was extracted from long and slender grains by a research team led by Fu Xiangdong from the Institute of Genetic and Developmental Biology at the Chinese Academy of Sciences. It will increase both grain quality and yield potential of rice.

Then, by injecting the new gene into NPT1, an existing gene found in some rice varieties, rice yield potential can be improved while also improving the quality.

Fu and his team spent eight years on the research. The report was published on Tuesday on the website of Nature Research.

“This practical research will benefit more people,” said a breeding expert, adding that the new gene will be applied to the breeding and promotion of super rice in the future.

The research has directly provided important and precious genes for high-yield and high-quality molecular programming, said a professor of botany from Oxford University.

The 92.4-kilometer line will be constructed with a total investment of 33.53 billion yuan ($5.3 billion). Designed to stop at five stations, trains running on the line will take passengers between Beijing and Xiongan in 30 minutes in a single trip. 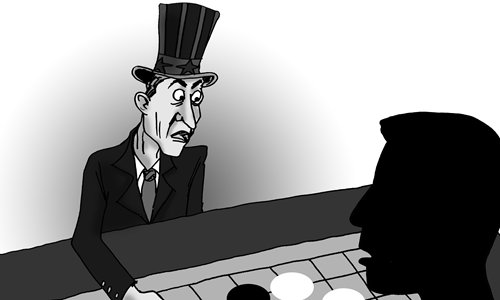 With the rise of trade protectionism in the US, the possibility of a trade war between China and the US has increased. The US also blocked various Chinese products and capital from entering its market, on the grounds of national security.

In his State of the Union address for 2018, US President Donald Trump called China a “rival” challenging the interests, economy and values of the US.

Since China is seen as a threat, more thought is needed to assess economic and trade relations with the US. It is necessary to maintain the stability of bilateral relations by building the balance of power in the game, but we should not optimistically believe that the situation will not deteriorate.

For such a large country as China, peace cannot be granted by other nations; it can only be achieved through its defense capability. The same is true for economic and trade relations.

To avoid a trade war, one countermeasure China can take is to correct prejudices in the US. The reason for launching a trade war with China is untenable. The US’ pro-protectionist and unilateralist tendencies also fall short of what the US has always advocated.

In the US, there is also a silent majority who have benefited from trade between China and the US. If the US can be persuaded in a way that is acceptable to it and realize the harm a trade war will bring to itself, such a trade war can be averted.

However, in reality, this approach is subject to less control by the Chinese side. Economic and trade issues involving China have become highly politicized in the US, so rational analysis may not soon reverse the mood of the American people. Although communication is important, China can’t afford to rely on it alone.

In order for China to gain the upper hand, the country should design countermeasures that speedily change course and end the trade war. Such measures should have a significant impact on the long-term income of the US.

Measured by this standard, it is not the best choice to impose retaliatory tariffs on imports, for there’s great complementarity in Sino-US trade. China needs what it imports from the US, so imposing high tariffs on such products is actually self-defeating.

A better countermeasure policy for China would be differentiated opening up of the domestic services sector. The high-end services industry is a comparative advantage for the US, and China now has the demand to open up its services market. Those who take the initiative will own the future, and it will be worth far more than billions or tens of billions.

If a real trade war broke out between China and the US, China could postpone the opening of its services market to US companies and give the opportunities to other countries. After all, the US is by no means the only high-end services provider in the world.

If the pace of US enterprises’ entering the Chinese services market is slow, it may result in a market competition that is detrimental to the US, which would be unacceptable to the US. This trump card can bring enough deterrence to the US.

From the perspective of a “war game,” if China wants to avoid a trade war with the US, it must make full preparations and be confident about winning the trade war.

China and the US are the top two economies in the world in terms of scale. Their economic and trade relationship is not just a bilateral matter; it is also an international one. In today’s world, free trade and multilateralism are mainstream ideas, and the trade protectionism and unilateral actions of the US are actually unpopular. Apart from hurting China, a trade war against China will also undermine the interests of other countries and regions in the same industrial chain.

Thus, during any Sino-US trade war that may erupt, China could form an alliance with the vast majority of other countries to put international pressure on the US and hedge the adverse impact of the trade war. It would also reduce the chance that the US would launch a trade war.

Although Sino-US economic and trade relations are full of uncertainty, a trade war is not inevitable. As long as China properly designs countermeasures, the outcome can be directed to a positive way. This also is in line with the fundamental interests of both China and the US.