The US government’s labeling of China as a non-market economy (NME) is a “serious distortion of China’s reality,” a spokesman for China’s Ministry of Commerce said Tuesday, according to a statement on the ministry’s website.

“The US has ignored the huge accomplishments China has made in establishing a market-oriented economy,” the spokesman noted, adding that China’s efforts to improve its market economy mechanism have been widely recognized by the global community.

The US Commerce Department published a memo on Monday that labeled China an NME. The department made the decision based on the judgment that “the state’s role in the economy and its relationship with markets and the private sector results in fundamental distortions in China’s economy,” according to a statement on the website of the International Trade Administration, a branch of the US Commerce Department.

The Commerce Department also announced on Friday that China had exported aluminum foil at prices that resulted in preliminary dumping margins of 96.81 percent to 162.24 percent.

The department said on October 5 that it would fully analyze China’s status as an NME, along with its anti-dumping investigation into imports of aluminum foil from China, according to a statement published on the department’s website.

Hu Jianguo, a professor with Nankai University, said that the US’ description of China as an NME shows the country’s desire for hegemony.

“The US has formulated a set of its own rules to judge whether a foreign country is a market economy or not. How can they know that their own standards are justified?” Hu told the Global Times on Tuesday.

His view was echoed by He Weiwen, a senior fellow at the Center for China and Globalization.

“If China was an NME, it would not have been qualified to become a member of the WTO,” He told the Global Times on Tuesday.

In a trade policy review conducted by the WTO for China in July 2016, the international body said it appreciated China’s further efforts to deepen reforms and expand its opening-up, the Xinhua News Agency reported.

The US has recently taken a series of actions to question the fairness of China’s investment and exports to the US. A CNBC report on October 25 noted that the US government will soon expand the jurisdiction of the Committee on Foreign Investment in the US (CFIUS) in order to strengthen management of overseas investment, particularly from China.

But He argued that these are isolated cases and do not represent the overall US strategy for China.

Trade still on the up

He argued that the NME analysis and the anti-dumping investigation would not fundamentally hurt the two countries’ trade. Instead, Sino-US trade relations are expected to “rise to a new high” in the next few years.

According to He, the economies of China and the US are complementary, and therefore it’s very likely that the two countries’ trade relations will continue to develop, even though frictions like anti-dumping disputes will continue to exist.

Wei Jianguo, deputy director of the China Center for International Economic Exchanges and a former vice minister of commerce, also forecast during a forum on Tuesday that in the next five years China is likely to increase imports of products from the US in sectors such as drugs and bioscience, as trade with the US will focus more on quality rather than quantity.

China’s trade with the US surged by 13.7 percent year-on-year to $423 billion in the first nine months this year, data from the National Bureau of Statistics showed on October 13.

The recent economic frictions between the two countries come just as US President Donald Trump is preparing to embark on his first official trip to Asia. He will visit China from November 8 to 10.

According to He, Trump’s visit might not yield a lot of consensus in terms of economic cooperation, “but one area of common ground that can be reached is that the two countries will strive to reach a win-win situation.” 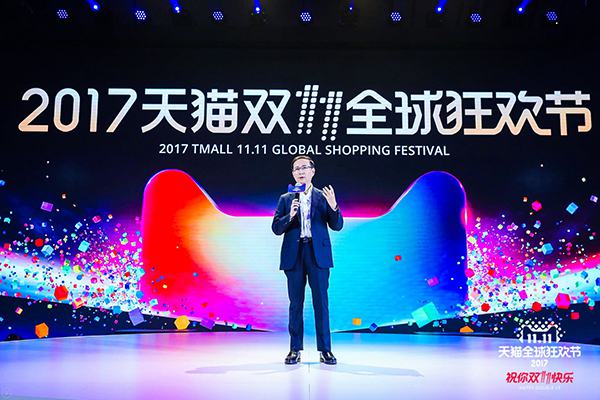 “Double 11,” China’s annual online shopping spree that begins on Dec. 11, will no longer be restricted to the Internet starting this year, said a senior executive of the country’s e-commerce giant Alibaba during a recent interview.

The online business has already evolved into a form of “new retail” that integrates both online and offline channels, said Chris Tung, chief marketing officer of Alibaba.

Daniel Zhang, CEO of the e-commerce titan, noted that a whole new shopping experience has been created through online and offline integrations.

Zhang said over 1 million stores from home and abroad have integrated their online and offline services. This year, 52 core commercial circles, 100,000 smart stores, 600,000 retail shops, 50,000 reputable shops, and 30,000 rural service centers will be participating in the shopping craze.

Tung told thepaper.cn that instead of being a retailer, Alibaba places more importance on the establishment of data-driven retail models, hoping to inject impetus to offline stores with big data technology.

He said Alibaba will record purchase information of offline customers and have it processed by the databank, allowing merchants to conduct their secondary operations for targeted consumers. 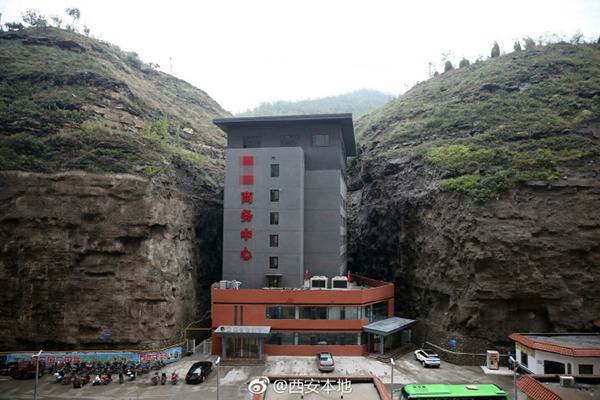 The closest distance between the building and the hills is only 3 to 4 meters. 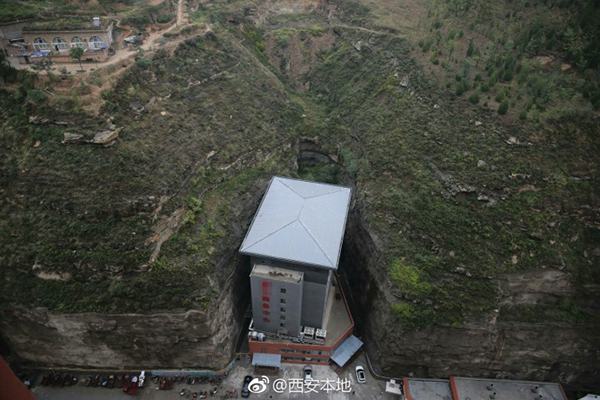 Yanchuan is located on a long and narrow piece of land, so it is difficult to find large and open grounds for construction. The 8-story hotel was built in 2016 after receiving approval from the local government.

According to an employee of the hotel, though the surrounding hills have been reinforced, rocks still fall down occasionally. So the hotel has placed warning signs to remind people of falling rocks. “Faced with a terrain like this, we have no better choice,” the employee said. 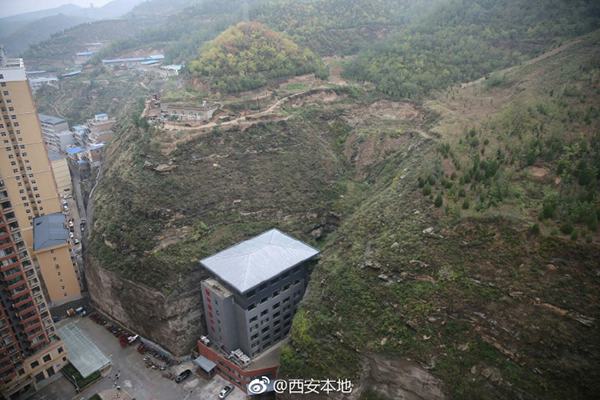 Tong Dan, a professional construction technician, told Beijing Youth Daily that flexible or rigid protection measures must be taken otherwise the surrounding hills might have a negative impact on the building. He added that the hotel will be safe as long as the early-stage measures have been well adopted. 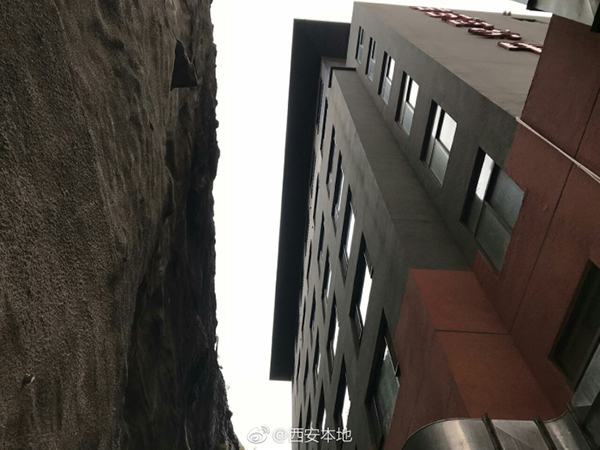 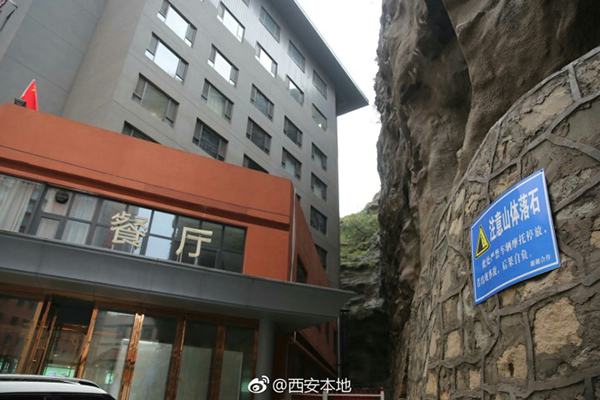