An extra 10 percent consumption tax will be imposed on “super luxury” vehicles to be sold in China, said the Chinese Ministry of Finance. Buyers of automobiles costing more than 1.3 million RMB ($188,852) will be hit with the tax starting Dec. 1.

This tax is China’s latest move to combat conspicuous consumption and promote energy conservation. According to the notice issued by the ministry, passenger cars and light commercial passenger vehicles selling for 1.3 million RMB (excluding VAT) and above will also be subject to another 10 percent consumption tax in the retail sector, in addition to the current consumption tax. 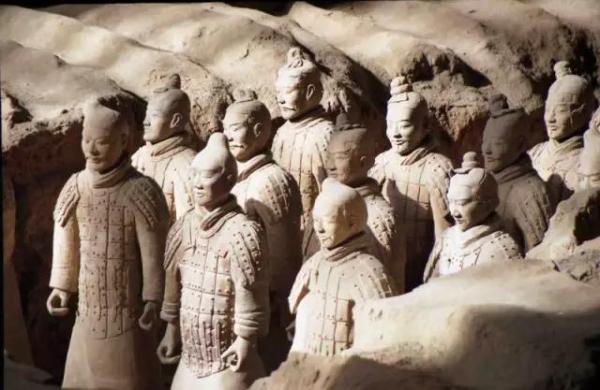 Archaeological discoveries point to the existence of mercury rivers in the mausoleum of the first Qin emperor, experts concluded at a recent seminar about the study of terracotta warriors.

Over 100 scholars and experts discussed the excavation work of the mausoleum at the seminar. The depth, width and length of the structure are 30, 50 and 80 meters respectively. According to several Chinese classics, there are mercury-filled rivers underground in the mausoleum.

Now, recent research reveals that there were indeed such rivers at the bottom of the mausoleum, according to a drainage map from the Qin Dynasty (221-206 BC). Experts believe that the large quantity of mercury in the burial space was transported from 100 kilometers away in Xunyang County, Shaanxi province.

Moreover, archaeologists found more than 200 small pits for stables near the mausoleum in Shangjiao Village. The excavated objects from the pits were related to horse taming and cultivation.

This is the first time wares made of bone have been released to the public, providing a great reference for the study of economics and society in the Qin Dynasty. 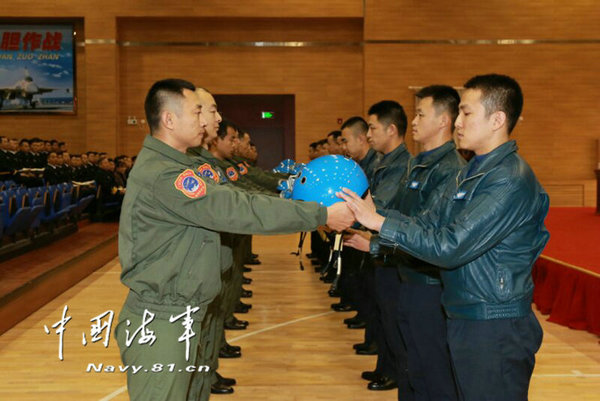 Twelve soldiers were sworn in to become shipborne fighter plane pilots on Nov. 30 at a meeting in honor of Zhang Chao, who was killed due to a plane malfunction on April 27.

After Zhang’s demise, officers and soldiers transformed their grief and stress into motivation, achieving one success after another in training. Their efforts improved the training system of shipborne fighter plane pilots, marking another important achievement for the construction of Chinese naval power. Since May, the Chinese navy has completed offshore training, joint training, battlefield construction and a number of other missions. What’s more, the Chinese navy has carried out routine patrols outside the island chain and accomplished combat training for shipborne fighter planes. Great breakthroughs have also been made in military force-building, such as aircraft carriers and nuclear submarines.

A skeleton was recently found in a remote area of northern Xinjiang Uygur Autonomous Region. Police believe the remains had likely been there for more than 50 years, and that they may belong to a male geologist. 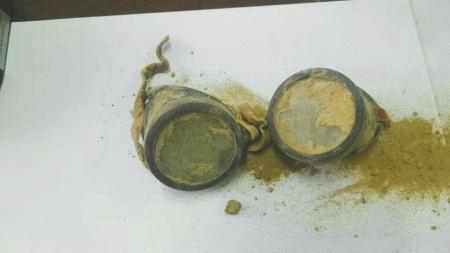 The remains were uncovered in an unpopulated area near Lop Nor, where no human had passed in decades, police said. Initial investigations suggest that the deceased was a male working in Xinjiang. Police couldn’t say exactly how he died, but speculate that he may have gotten lost in the remote area. 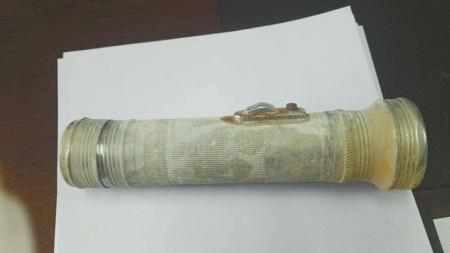 According to a newspaper and several letters found near the skeleton, experts believe he was a geologist named Deng Xueguang, originally from Sichuan. Police have contacted their colleagues in Sichuan to ask for relevant information, hoping to find Deng’s relatives or friends. A full-scale model of a type-99 tank was completed at an iron processing plant in Dezhou, Shandong province on Nov. 30. A group of young men started work on the model by referring to its illustrated design 10 months ago. In 1990, women made on average 77.5 percent of men’s salaries, but the rate dropped to 65.8 percent in 2010, as shown by a national survey on the status of women. The tendency of women to marry men with equal or higher levels of education also persisted from 2000-2005, reflecting the fact that the more education women have, the later they marry.

According to the report, per capita disposable income in China increased by 7.4 percent in 2015, higher than increases in previous years. However, the income distribution system still faces challenges, as represented by the low proportion of residents’ income to GDP, and of labor remuneration to primary distribution. In addition, there are still large pay gaps between different industries. The city of Shanghai, with its rapidly growing population, will boast the largest metropolitan area around the world within the next three to five years, the Chinese Academy of Social Sciences noted in a green paper on Nov. 30. Shanghai’s metropolitan population is to exceed that of Tokyo’s biggest metropolitan circle.

The green paper pointed out that China’s urbanization rate reached 56.1 percent in 2015, meaning that over half the country’s population lives in urban areas. Shanghai stands out for its massive population, even among other metropolises in China and around the world.

The population density of Shanghai’s eight main districts was as high as 24,457 people per square kilometer in 2013, much higher than in the city centers of Shenzhen, Guangzhou and London.

The green paper indicated that, based on overall size, the gross population of metropolitan Shanghai now ranks second in the world, approaching that of Tokyo. Taking growth rate into consideration, the Shanghai metropolitan area will likely be the largest one anywhere in the world within the next five years. A 7-month-old infant in Yiwu, Zhejiang province, died on Nov. 30 after being swaddled in too much bedding.

Born in May, the baby’s arrival brought infinite joy to his family. Unfortunately, he was found cold and lifeless in his bed on Wednesday morning. His mother, surnamed Zhu, immediately called an ambulance. However, the medical personnel was unable to save the infant’s life. A doctor said the baby had no vital signs when he arrived at the hospital.

Babies can overheat because of too much bedding or clothing, and overheating increases the risk of sudden unexpected death of infants (SUDI), which is most likely to occur in winter or spring in the first year of a baby’s life. Infants should not sleep with too much bedding or other wrappings. Instead, parents are advised to choose loose and soft clothes. Doctors suggest that babies sleep in a cot beside parents’ beds, where it is easier to look after them.

The EU recently drew global attention for its reluctance to fulfill its obligations under Article 15 of the Protocol on China’s Accession to the World Trade Organization (WTO). It reveals that the EU’s insincere attitude toward international treaties and the WTO rules, but it must keep in mind that observing international obligations without attached strings is the only right choice.

Earlier this month, the European Commission officially presented a long-waited proposal to the European Parliament and the Council of the European Union to amend its legislation on anti-dumping and anti-subsidy measures.

However, it cannot muddle through by obscuring facts of international rules. After China joined the WTO in 2001, some WTO members considered China as a non-market economy, insisting that Chinese exports had an unfair price advantage against other market economies. As a result, they have been adopting a surrogate country system allowing the use of “international” prices as a cost reference in their anti-dumping investigations against China.

But according to the Article 15 of the Protocol on China’s accession to the WTO in 2001, China will automatically gain market economy status when the surrogate country approach expires on December 11, which means that WTO members should stop using the “surrogate country system” in their anti-dumping investigations against China.

In other words, a timely implementation of this article is the obligation of the EU and other WTO members, rather than a favorable policy for China.

However, since the beginning of this year, the EU has been taking China’s steel overcapacity and market economy status as an excuse to dodge the obligations written in the protocol. If it does that, it will run counter to the requirements of the treaty.

As a sunset provision, Article 15 of China’s WTO accession protocol automatically comes to an end on December 11, 2016 no matter what happens. It cannot be subjected to decisions of each EU member, or influenced by any other agendas. But someone from the EU is still bargaining about the implementation. So does it suggest that China’s accession to the WTO needs another round of negotiation?

The EU is hesitant to fulfill its obligation because it needs to satisfy the demands of a small number of interest groups by leaving the door open for trade protectionism.

In the new proposal, the European Commission not only takes “market distortion” as a premise of whether to take the costs and prices of the products from investigated countries as the benchmark for anti-dumping comparison, but also cites national policy, proportion of State-owned enterprises, discrimination caused by the support to domestic enterprises, and the independence of financial institutions as indicators to measure “market distortion”.

Without any legal basis in the WTO rules, these new concepts may turn into a new tool of trade protectionism. Such tendency has been proved after the WTO ruled in favor of Argentina in a dispute concerning the anti-dumping duties imposed by the EU on biodiesel imported from the South American country.

The UK-based newspaper Financial Times also commented previously that the new proposals of the EU are an indication of another step toward protectionism.

As one of the largest economies in the world and an important WTO member, the EU should be a forerunner in obeying the WTO rules, fulfilling international obligations, and taking trade remedy measures in accordance with standards.

In addition, an effective implementation of Article 15 not only serves the long-term interests of the EU, but will also bring China-EU economic and trade cooperation to a stable track by sending a positive signal to the market, enterprises and society.

Currently, the main theme of China-EU win-win cooperation has not changed, nor have the fundamentals of mutual economic complementarities. However, if the EU use such an issue to undermine the bigger economic and trade cooperation with China, its losses will certainly outweigh the gains.