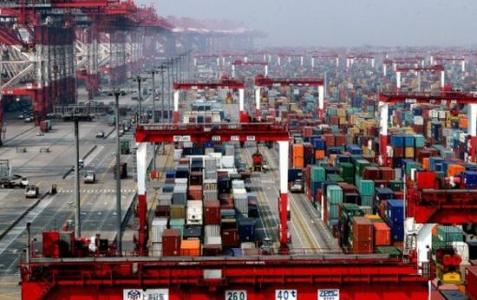 hina’s economic performance in the first half the year was better than anticipated, with 18 provinces and cities having registered GDP growth of 6.9 percent or above, official data showed on July 23.

Beijing’s GDP growth was 6.8 percent, slightly lower than the nation’s average of 6.9 percent.

China’s eastern provinces and cities still lead the country in terms of overall economic growth, with GDPs of Beijing, Shandong, Shanghai, and Fujian all surpassing one trillion yuan ($180 billion) from January to June.

“New drivers for economic growth brought by the ‘Belt and Road Initiative’ have benefited the western regions,” said Chen Yao, a researcher with the Institute of Industrial Economics at the Chinese Academy of Social Sciences and secretary general of the China Regional Economic Association.

The service industry contributed to at least 50 percent to the economic growth of the 19 provinces and cities. However, the number was lower than that of big cities in the developed world, Chen pointed out. The service sector accounted for 82.2 percent of Beijing’s GDP.

High and new technologies, the sharing economy, and other emerging factors are becoming an important driving force in the above provinces and cities, data indicated.